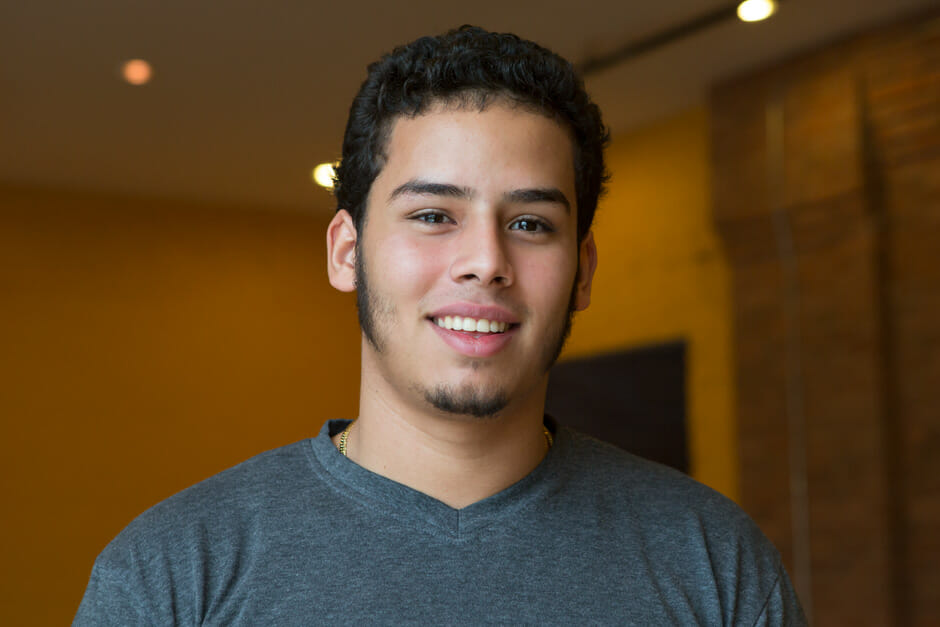 Chris joined Tenacity’s Middle School Academy (MSA) as a 6th grader at Lilla G. Frederick Pilot Middle School in 2008. When asked what drew him and his family to Tenacity his answer was twofold – the program offered a safe, fun, and supportive environment and also provided help with academics. With their home located in a rough neighborhood, the promise of a positive activity in a safe environment was particularly compelling. According to Chris, “Tenacity helped keep me off the streets, helped me with school, helped turn me into a better person – basically changed my life and helped me mature.”

One of Chris’ early dreams was to be a professional baseball player, so competition came naturally to him. The tennis component of MSA quickly tapped into Chris’ competitive spirit. When asked what he enjoyed the most in MSA, he laughed and said “Definitely the tennis.” He mentioned how what he most looked forward to was Team Tennis – weekly tournaments where teams from different MSA school sites play matches against each other. Chris shared “I was always so excited to be picked to participate and worked really hard to earn a spot each week.” He went on to talk about how preparing for and playing in the tournaments provided a wonderful opportunity to be part of a team, improve his tennis and leadership skills, and better understand things like collaboration and perseverance.

When asked about how his experience in Middle School Academy impacted him, Chris talked about how important and influential his connection to Adam Souza, the Tennis & Fitness Coordinator at the Frederick, was to him: “I looked up to him and admired how he communicated and interacted with everyone. He had a way of making the students, and me, feel valued as individuals.” Taryn Souza, now married to Adam and currently the Academic Coordinator at Umana Academy, was the Academic Coordinator at the Frederick during Chris’ 8th grade year. She fondly remembers Chris as “energetic and spunky. He loved tennis but sometimes struggled with his academics. By 8th grade, even though he was sometimes off the wall, he had already turned into a leader and role model who was looked up to by the younger students in the program.”

Chris readily admits that his academic struggles continued throughout high school. When asked if he could go back in time and do something differently, what he would change, he grins and says: “I would be less social and concentrate more on getting good grades.” While his family had moved to Dedham when he started high school, Chris continued to have support through Tenacity’s College Prep program. Andrew Martland, the Assistant Director of the College Prep program, was an integral part of Chris’ support network during high school, helping keep him on track and focused on graduating. Andrew shared that “Chris is the kind of person who inspires people to believe in him. Even though he was just one student among many, both the Principal and Vice Principal of Dedham High School would reach out to me personally to make sure that Chris would successfully graduate.”

During his senior year, Chris came to realize that “joining the military would provide a great learning opportunity.” He acknowledged that his learning style is more about hands on experience and feels like the training, discipline, and opportunity to study mechanics and engineering in the Marines will prepare him well for the future. To prepare to ship off to Parris Island, Chris has been training twice a day to get in top shape – exhibiting an important trait that will take him far – tenacity.