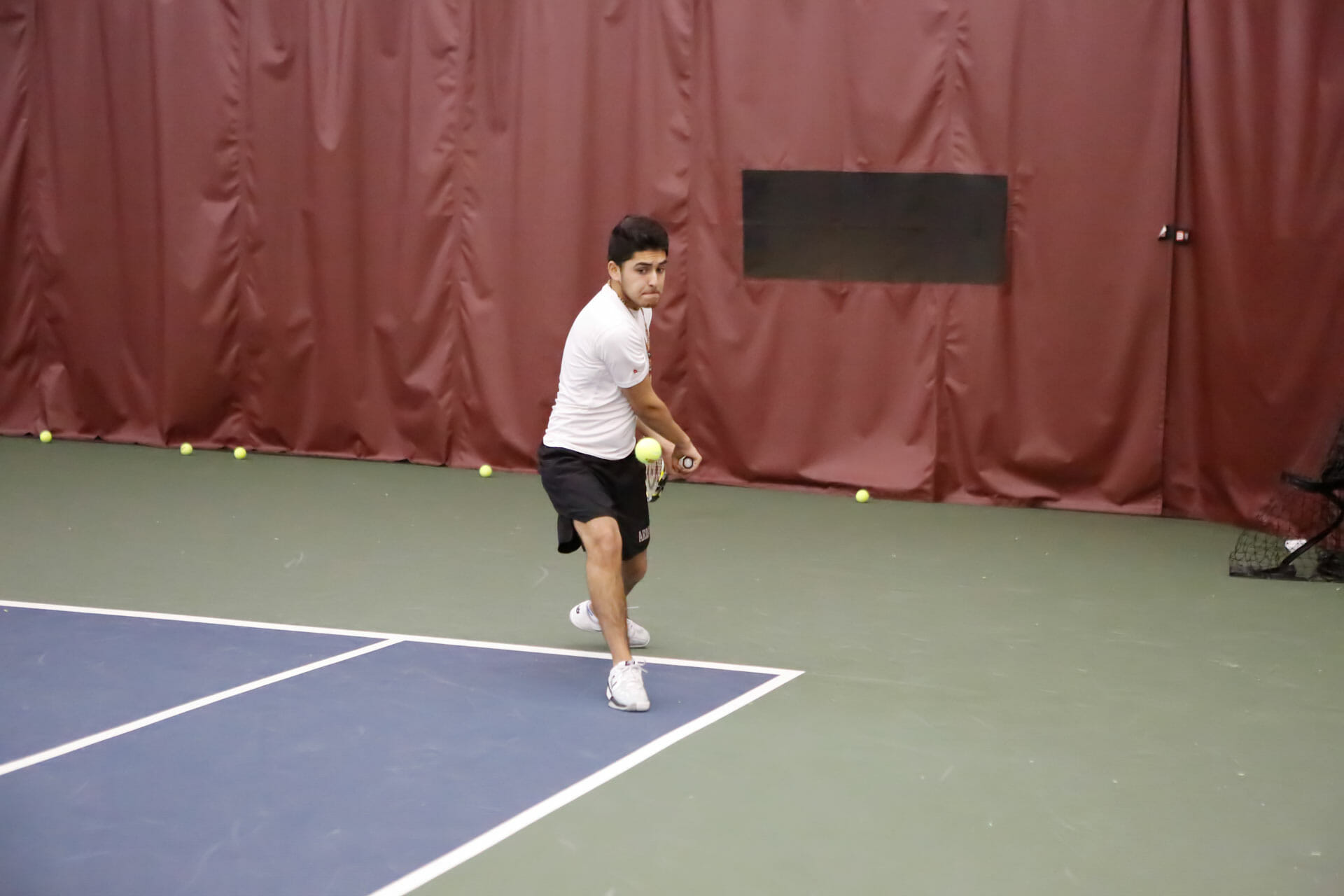 Tenacity’s Advanced Clinic offers an opportunity for high school students who are part of the Tenacity College Prep program to continue playing tennis. It also serves Tenacity Middle School Academy students who want to pursue more intensive training outside of school. Players meet at Harvard University’s Murr Center for weekly practices. They arrive either by public transportation or via the Tenacity van.

“Coaching at the Advanced Clinic is amped up quite a bit,” Coach Josh Helland remarked.

The Advanced Clinic places more emphasis on individual instruction, repetition, and technique. While a variety of games are included in the practice schedule, sessions are designed primarily to help prepare players to participate in more advanced settings. Many graduates of the Middle School Academy go on to play high school tennis, and in some cases, individuals will have the opportunity to compete at the collegiate level.

Just recently, three of the top middle school players—Jazz Ramos, John Le, and Robert Kubinec—participated in a USTA junior tennis tournament, which marked Tenacity’s first exposure to accredited tournaments. Athletes who dedicate themselves to participating in Junior tournaments will, as advertised on the USTA website, “have a better chance to take their game as far as they want – high school, college or even the pros.” For Tenacity’s middle school students, gaining experience at these events will serve not only as a confidence booster but also as a benchmark by which to measure their future goals.

“It was really exciting to play in my first tournament. I didn’t realize how many kids there are playing tennis [in these events]. And I was surprised by how good everyone was,” Kubinec, a 7th grader at the Mario Umana Academy, remarked. His biggest weapon—his forehand—has helped him to win big points over both his competitors and his two older brothers.

“When I hit my forehand slam, it’s usually a winner,” he said, before adding that he hopes to participate in more tournaments in the future.

John Le, also a 7th grader at the Umana, enjoyed his first tournament experience. Seeing the skill level of his competitors has motivated him to work harder in practice. Since participating in the tournament, he has been focusing specifically on improving both the accuracy and the speed of his serve. Just yesterday, he set and achieved a goal of making seven out of the ten serves he hit.

For Jackson Mann 8th grader Jazz Ramos, being the only girl in the Advanced Clinic meant that, unlike Robert and John who were placed in the same draw, she would not know anyone in her division. She noted that while she could have felt intimidated to enter an event without knowing the other players, she viewed it as an asset because “[she] wouldn’t have to worry about feeling badly about going up against a friend or teammate.”

As a victor of this season’s Holiday Classic and having watched Serena Williams capture Grand Slam titles, Jazz was eager to experience the feeling of winning on a more official stage. While in the end she did not come out on top, simply participating in this event reinforced the hard work that she had dedicated throughout the season.

“Playing in this tournament helped me to see what I need to work on,” she said, citing both her backhand and her serve as areas of growth.

Robert, John, and Jazz will finish their Advanced Clinic practices at the end of the month, but for now their sights are set on competing in the Crane Cup, where each of them has a strong shot at making a deep run through the draw.

Spotlight on Literature at the Jackson MannNot Afraid to Fail